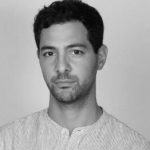 “Each new situation requires a new architecture” ,these are the words of the famous architect JEAN NOUVEL ,and thinking about it ,those words become particularly true when one considers the story behind the design of a space or a building.

Architectural trends ,since the age of time ,have had as starting point practicality combined with aesthetics. Both elements tell the story of humanity through a building ,at the specific time it was built.

Taking modern Greece as an example , it is a country that emerged in the early 19th century ,striving to distinguish itself from its Ottoman past and find its place in the Western world.

Walking around in Athens you will find the story of a whole country through the different periods of its architecture ,from neo-classicism ,eclecticism ,Bauhaus and Art Nouveau to Modernism and today’s predominance of green buildings and the inclusion of public domains.

ChΩros Architecture draws from the past and projects its creations to the future ,answering to new situations in terms of structure ,form and of course new techniques.