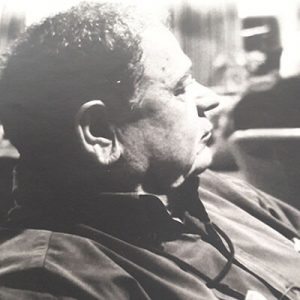 Born and raised in Kalamitsi Amygdali of Chania county in Crete. He graduated from the gymnasium of Vamos in Chania in 1959 and then moved to Italy to begin his studies as a civil engineer. Τhere he successfully joined the Polytechnic School of Padova from where he graduated in 1965 with the specialty in civil engineering. He worked as a civil engineer for a decade in Italy and in 1975 returned permanently and settled in Greece.

In the same year he opens his office in Athens and starts practicing successfully his profession, his office was quickly staffed with engineers and architects of all specialties and develops a specialized consulting architectural firm that designs and performs for Small and large private projects all over Greece .

At the same time for 20 years (1980-2000) he develops an active successful syndicalistic action in the field of engineers and architects with active participation in many important institutions and committees , showing particular keenness and sensitivity for the urban issues that arise along with their legislation. He has been a member of the Permanent Committee for General and Urban planning applications at the technical Chamber of Greece (T. E. E), member of the Disciplinary Board of TEE, while for 12 consecutive years he has been a member of the Council for Spatial Planning of Settlement and Environment (S. C. O. P) , Contributing decisively to resolving the country’s major spatial and urban planning issues in a scientific and documented way. He has also served for many years as president in the committee of civil-engineers and architects of West-Attica.

He is married to Stavroula Bouzea and has two daughters Marilena and Katerina, architect and mechanical engineer respectively, who continue the 44 year tradition of his office successfully.