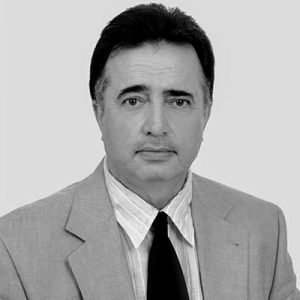 He was born in Athens in 1949 in Vrilissia suberb of Athens. Nikos Petropoulos has studied architecture at the Polytechnic University of Milan. Has also studied Civil Engineer in the Polytechnic School of Athens and graduated in 1975 . He is a graduate from the Accountancy School of Athens. He has worked in EYDAP (water supplying company of Greece) in managerial positions from 1985-2010.  There he was involved in the study and supervision of important works of EYDAP.

He was also involved with the studies and the construction of numerous buildings from 1975 and has issued many constructional permits from the Urban Planning Council, and many structural building studies, port designs and anchors for ships. He was engaged in many Public Committees of Greece with an active position in the councils.  Also he was involved in the political life of Petroupoli suburb of Attica, where he was elected City Councelor in 2002-2006.